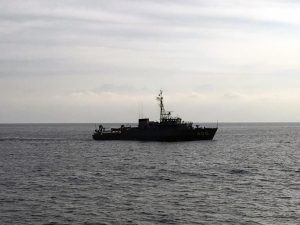 MCMEX 3JA is part of an annual series of bilateral exercises held between the U.S. and Japan to increase proficiency and interoperability in mine countermeasure operations. For the first time, 3JA incorporated a U.S. mine sweeper and a U.S. mine warfare staff to increase the complexity and combined nature of the culminating phase of the exercise… Read more here.