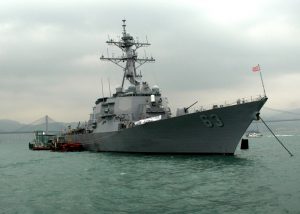 Stethem returned after a seven-month patrol supporting security and stability in the Indo-Asia-Pacific region.