As part of JUMP’s ongoing initiative to reach out to those who have served in Japan, JUMP intern Nina Udagawa interviewed Liz Sonnek, who was in Japan between 2014 to 2016 as her husband served at Yokota Air Base. In Japan, Liz took initiative in helping others on the base explore various areas in Japan.

How did you hear about JUMP?
My husband received an email at work about it back in 2016.

How did you make the most out of your time in Japan?
I got out and explored. I fell in love with seeing the shrines, temples, castles, and just the raw beauty of Japan. I cannot stress enough to get out and see the country and meet the people. This does not only apply to Japan, but when travelling to other countries as well. The opportunities are endless.

Were there any people/organizations that helped you become accustomed to Japanese society/culture?
As we lived on base, I joined a cultural group and a “explore Japan” group. The lady who ran the explore group left the following year, so I took over her position; best times of my life.

Tell us about a cultural difference which took some time to get used to.
I’d have to say removing shoes before going in houses, certain restaurants and businesses, and shrines/temples. I wear sandals a lot and it took me a bit to remember to keep a pair of socks in my purse just in case. Now it’s something that I do consistently; I have slippers for guests and I have a pair of “indoor” shoes myself. 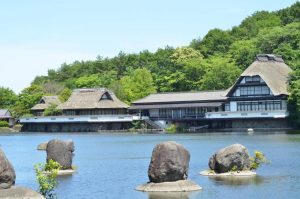 There are so many, but I’d have to say my best memory was a girls’ trip to Misawa. There were six of us who drove from Yokota to Misawa to check out the sights and look for glass floats on the beaches. We had such a great time combing the beaches finding floats, sea glass, and pottery shards.

Any advice for individuals/families getting ready to be stationed in Japan?
Just get out and go on day trips. You may feel overwhelmed at first, but you’ll soon catch on to key phrases and symbols that will help the transition. Learn the train system, it will be a very easy and inexpensive way to travel. If you are living on base look into renting vehicles from Vehicle Ops for day excursions—there’s a daily fee but it includes tolls (which can add up). You’ll be amazed at all Japan has to offer. The people are wonderful, the food is awesome, and the culture is incredible! 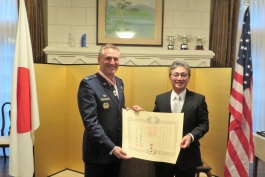 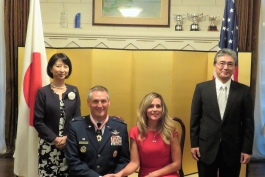 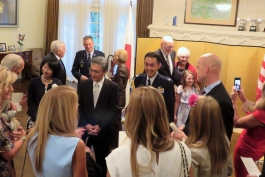