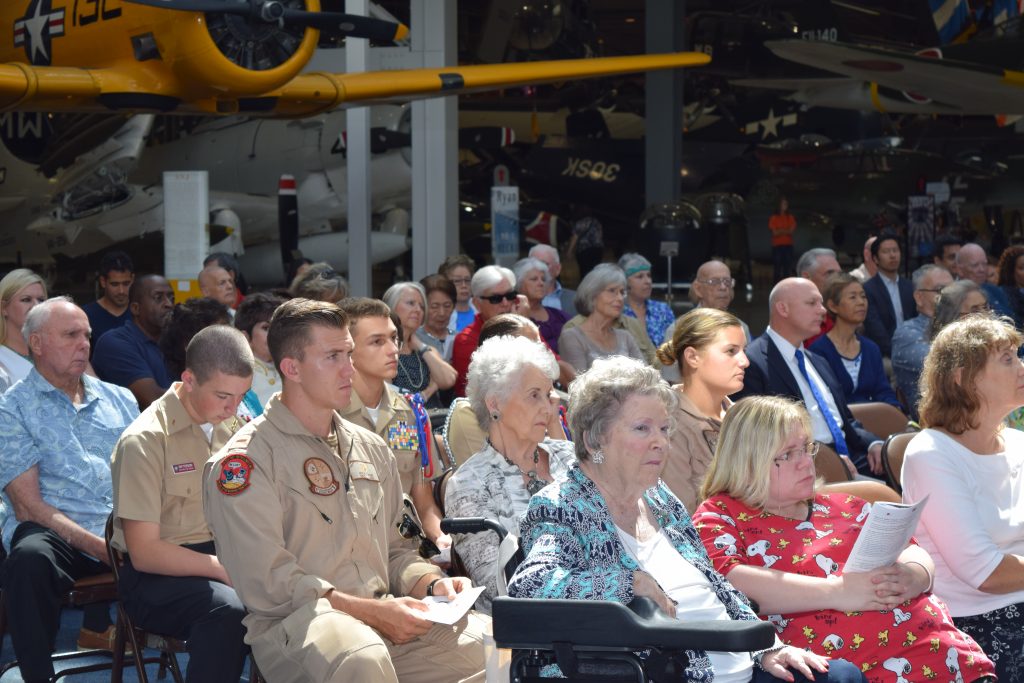 The Japan-US Military Program’s recent event with the Nisei Veterans Committee in Seattle was highlighted in an article in the North American Post by Shihou Sasaki. Members of the U.S. Army, the U.S. Air Force, the Japan Ground Self-Defense Forces, along with members of the broader Seattle community came together at the event to honor the Nisei Veterans who served in the segregated 100th Battalion/442nd Regimental Combat Team (RCT) and the Military Intelligence Service (MIS), during World War II.

“We clearly understand that most Japanese Americans went through a lot of hardship during World War II,” Lt. General Takashi Motomatsu, Commanding General 8th Division, Western Army of JGSDF, is quoted as saying in the article. “I would like to express my appreciation” for their contributions to society and the reconstruction of the Nikkei community.

The U.S.-Japan military alliance and efforts to bring together those who have served in Japan were highlighted Saturday on NHK news after new crews attended an event hosted by the Defense Attaché office of the Embassy of Japan in the United States in collaboration with JUMP.

The reunion event at Marine Corps Base Quantico brought together more than 200 active and retired service members and their families who have served in Japan. The event included a reception, remarks from the host and distinguished guests, a briefing on JUMP, a toast, a performance of traditional Okinawan Eisaa dance, and comments from Marines reflecting on their memories in Japan.

“We continue to thank our friendship and close ties with the United States Marine Corps — Ooh-Rah!” said RADM Yuki Sekiguchi, Defense Attaché with the Embassy of Japan who spoke at the event.

“The relationship between the two countries, I think, are central to addressing the regional and global challenges that we’ve got now and into the future,” he said in the broadcast.

View the full video above, (mostly in Japanese but includes some English as well), read the Japanese-language NHK report here, or the English-language report here.