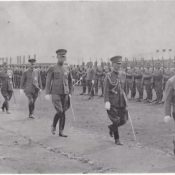 The Yokosuka Council on Asia-Pacific Studies and JUMP held a seminar on November 30, 2017 by PhD candidate Ryan Schultz on Japanese officers in the World War 2 period and their colonial soldiers, emphasizing training and recruitment as well as military challenges in the army’s early years. In his talk, Shultz drew on organizational histories, orders, battle reports, combat and unit statistics, and memoirs to make his case. 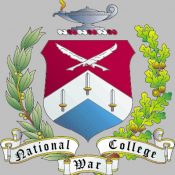 On November 16 JUMP sponsored the third annual panel discussion at the National War College. At this event, distinguished specialists on Japan, China, the Korean Peninsula, and U.S.-Northeast Asian relations discussed the persistent challenges that have and continue to impact the region.

Did you know that in Tokyo’s Harajuku district there is a shrine dedicated to the spirit Admiral Togo, Japan’s hero from its 1905 victory over Russia? Wonder how a mortal man earns his own shrine? What is the connection between this history and thinking within today’s JMSDF? Do you know about Suikokai, an organization dedicated to conducting research, supporting the JMSDF and honoring those who have served Japan at sea? This YCAPS-JUMP outing is designed to help you understand these questions and their answers.

Theresa Fallon will led a seminar on October 23, 2017 on the interactions between China’s One Belt, One Road Initiative and Europe at this event hosted by the Yokosuka Council on Asia-Pacific Studies and JUMP. 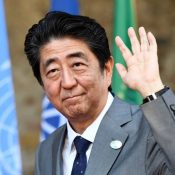 Tomohiko Taniguchi, professor at the Keio University Graduate School of System Design and Management, spoke on Japan’s diplomacy under Prime Minister Shinzo Abe on October 10, 2017 in a seminar hosted by the Yokosuka Council on Asia-Pacific Studies and JUMP. The event kicked off at 5:30 p.m. at the Honcho Community Center in Yokosuka, Japan, and included refreshments and excellent conversation. This event was co-sponsored by Temple University Japan’s Institue of Contemporary Asian Studies. 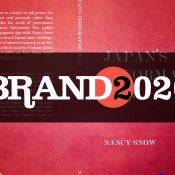 At this joint Yokosuka Council on Asia-Pacific Studies-JUMP event, Professor Nancy Snow discussed Japan’s effort to promote a national brand identify and shared her thoughts regarding some of the challenges and opportunities for Japan to raise its visibility in the world through cultural relations, exchange, and influence management. 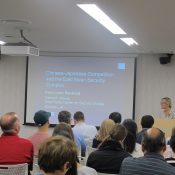 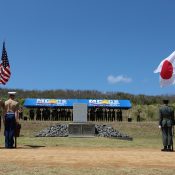 Marines who have been stationed in Japan had the opportunity to reunite at an event hosted at Joint Base Myer-Henderson Hall. The event, hosted by the Defense Attaché office of the Embassy of Japan in the United States, was held Friday, Sept. 15 from 6:30 to 8:30 p.m. at the Fort Myer Officers Club, and welcomed guests with a reception, traditional Okinawan dance, Karate performance by Okinawa-kai, and standing buffet-style dinner. 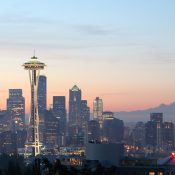 In coordination with the Japan-America Society of the State of Washington and the Nisei Veterans Committee, JUMP hosted an event in Seattle, Washington honoring the Nisei Veterans—second-generation Japanese-Americans who served in the segregated 100th Battalion/442nd Regimental Combat Team (RCT) and the Military Intelligence Service (MIS), during World War II. 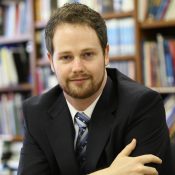 At this joint Yokosuka Council on Asia-Pacific Studies-JUMP event, Carl Gabrielson discussed the connections between Japan’s global efforts to promote its popular culture and the domestic agenda of expanding the country’s defense capabilities.