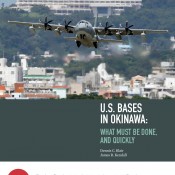 On January 14, 2016, Sasakawa USA (a sister organization to JUMP) celebrated the release of “U.S. Bases in Okinawa: What Must Be Done, and Quickly,” a new report co-authored by Sasakawa USA Chairman Admiral Dennis Blair and JUMP Director James Kendall, with a roll-out breakfast.

JUMP on Board the USS Iowa (Los Angeles) 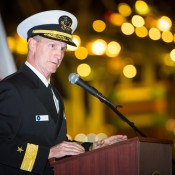 The USS Iowa gained a a new crew of past and present United States and Japanese service members on November 19 when JUMP held its inaugural Los Angeles event aboard the retired battleship museum.

The JUMP (Japan-U.S. Military Program) event, hosted by the Japan America Society of Southern California with support from Sasakawa Peace Foundation USA and the Consulate-General of Japan in Los Angeles, brought together those with the shared experience of having served in Japan for a social night of building new relationships. 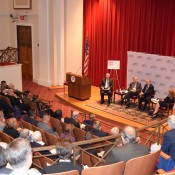 Click here to view the details and photo gallery. 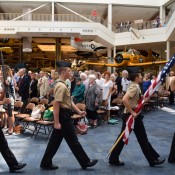 The Japan-America Society of Northwest Florida will be organizing a JUMP event in Pensacola, Florida for September 4, 2015. The event will be held at the National Aviation Museum in Pensacola and include a presentation in the Blue Angels atrium followed by a reception on the USS Cabot flight deck. 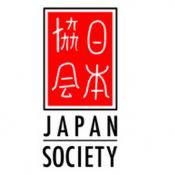 On Monday, August 10, the Japan Society of San Diego coordinated “JUMP – Japanese Community Night at Petco Park” at the San Deigo Padres game. The event included entry to the baseball game, a pre-game gathering at Petco Park auditorium and an all-you-can-consume barbeque in a private rooftop area. 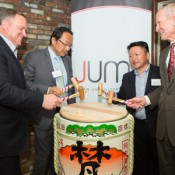 On April 22, Japanese Defense Attaché Rear Admiral Yuki Sekiguchi invited a group of retired senior U.S. military officers to his home in order to commemorate the creation of the Japan-U.S. Military Program (JUMP).