What’s a War Game Without a War? JUMP Executive Director interviewed in Asia on Air podcast 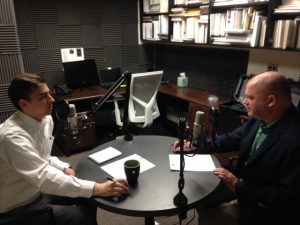 Sasakawa USA recently released the fifth episode of Asia on Air, its new podcast committed to delivering the latest analysis of U.S.-Asia relations. The fifth episode, entitled “What’s a War Game Without a War?” includes an interview with JUMP Executive Director James Kendall, who explains what a tabletop exercise (or “TTX”) is, and goes on to describe the exercise conducted by Sasakawa USA involving crisis scenarios that could potentially occur in the East China Sea.

“The goal of the exercise as a whole was to take a look in detail at some scenarios that had been talked about in the press and in various policy forms but had never in public been walked through,” said Kendall. “By getting these senior level teams together we were hoping to replicate as much as we could actual Japanese or US actions, and the same with the Chinese.”