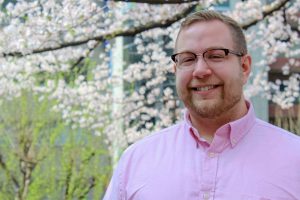 On February 11, Troy Robinson began his role as JUMP’s Program Assistant where he helps coordinate program finances, events, and communications. Prior to joining Sasakawa USA and JUMP, Troy lived in Nagano Prefecture, Japan, for three years, working as an Assistant Language Teacher on the Japan Exchange and Teaching (JET) Program.

“Living in rural Japan was an incredibly rewarding experience for me,” Robinson said. “I learned so much about traditional Japanese culture and developed many close friendships. I grew to love Japan and realized that personal relationships are the bedrock of the U.S.-Japan Alliance.”

From 2015 to 2018, Robinson taught English at two junior high schools and served as a sister-city ambassador. He lived in Nagano City, which has a 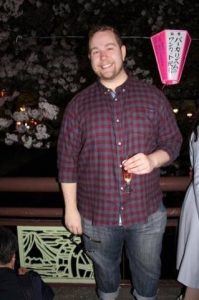 sixty year-long relationship with his home of Clearwater, Florida. He was heavily involved in the prefectural JET community, where he served as President of the Nagano Association of JETs. In Japan, Robinson filled his free time with traveling around the main island, learning about Japanese cuisine, and competing in amateur sumo tournaments.

Robinson is currently pursuing his M.S. in Foreign Service from Georgetown University, with concentrations in Global Politics and Security, and Asian Studies. As the Editor-in-Chief of the Georgetown Journal of Asian Affairs, he researches the various geopolitical problems facing Asia today.