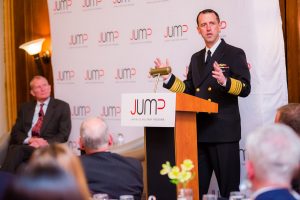 The importance of the U.S.-Japan alliance as a critical partnership during a period of increasingly fast-paced maritime competition was stressed at the Second Annual JUMP Dinner in Washington, D.C. on March 16.

Exploring the theme of the future of the U.S.-Japan alliance, the dinner brought together over 100 JUMP members at the prestigious Army and Navy Club to enjoy the company of others who have served in Japan and hear about the state of the alliance from keynote speaker, Chief of Naval Operations Admiral John Michael Richardson.

Admiral Richardson detailed an environment of increasing maritime competition in the Asia Pacific region that is also growing in complexity. These challenges, he said, underscore the importance of strong, long-term international partnerships.

“If we want a partner in this with us, side by side, it’s Japan,” he said, emphasizing the U.S. Navy’s long-standing relationship with the Japan Maritime Self Defense Force. “…Together, we can outpace any threat and maintain stability in the region.”

Admiral Richardson’s talk was followed by a question-and-answer session moderated by Admiral Dennis Blair, USN (Ret.), former Director of National Intelligence and Commander of Pacific Command. Admiral Blair and others from the audience posed questions on topics ranging from maritime capabilities in the Pacific and the role of Freedom of Navigation operations to the challenges posed by a nuclear North Korea and Chinese military deployments in the South and East China Sea. 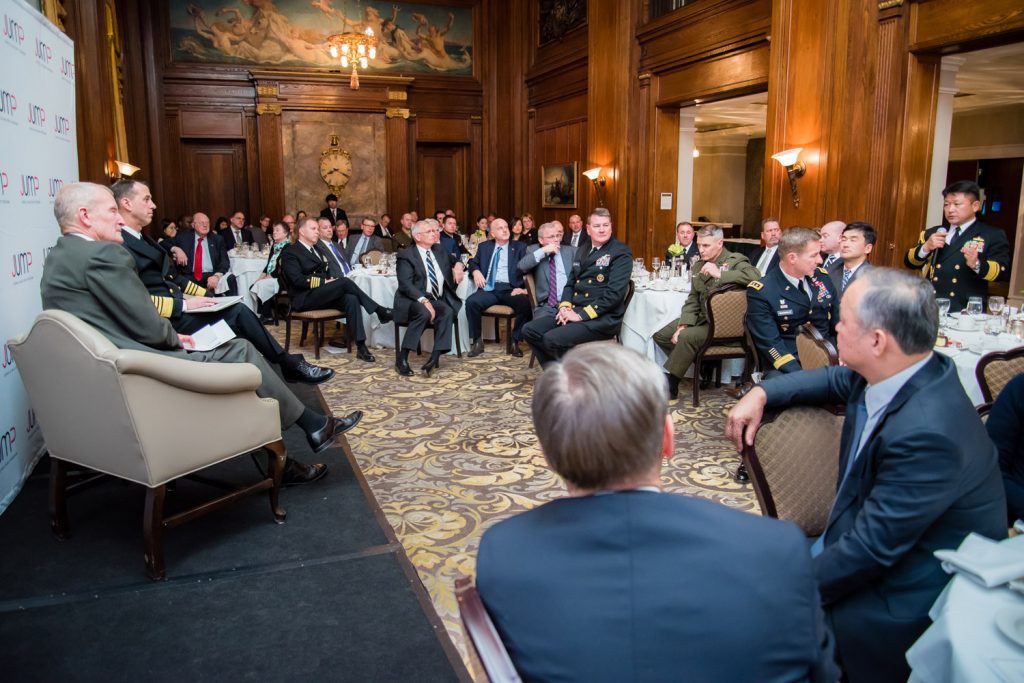 The dinner served as a continuation of the 2016 Annual Dinner discussion, at which keynote speaker General Robert Neller, Commandant of the Marine Corps, also remarked on the importance of maintaining strong allies to approach growing challenges and potential friction points in the Pacific. Click here to read a recap of the first annual dinner.

JUMP Program Director Lieutenant Colonal James Kendall, USMC (Ret.), also spoke at the dinner, highlighting JUMP events held in the past year and the program’s growing network that is reaching cities across the United States from Pensacola, Florida to Seattle, Washington, and many places in between. The past year also saw the JUMP program establish a partnership with the Yokosuka Council on Asia-Pacific Studies (YCAPS), allowing the extension of event offerings into Japan, and in the coming year JUMP plans to host its first event in Hawaii.

Through these events and the annual dinner, JUMP builds relationships and provides opportunities for service members to engage with each other. JUMP is a collaborative effort between Sasakawa Peace Foundation USA, the Embassy of Japan in the United States and the National Association of Japan-America Societies.

Membership is free, and members receive invitations to JUMP’s exclusive events around the country. Click here to join!