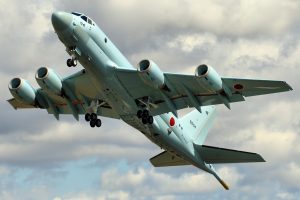 The Supreme Court on Thursday overturned a high court ruling that ordered the state to suspend nighttime and early morning flights by the Self-Defense Forces at Atsugi air base near Tokyo due to noise pollution.

The top court also denied state compensation for future noise pollution at the air base in Kanagawa Prefecture, which is shared by the SDF and U.S. forces in Japan, but ordered the state to pay compensation for past disturbances.

The latest ruling could affect similar suits pending against the state over aircraft noise at other air bases in the country, including Yokota in the suburbs of Tokyo, Iwakuni in Yamaguchi Prefecture, and Kadena and Futenma in Okinawa Prefecture, many of which are primarily used by the U.S. military… Read more here.