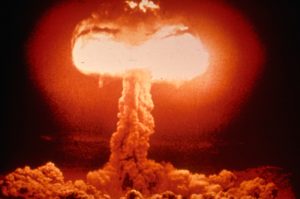 The U.S. approach to Asia faces a major overhaul when Donald Trump takes office, but what will take its place? A new report warns of a leadership vacuum and even a nuclear arms race if the U.S. withdraws from a region threatened by a provocative North Korea.

But authors of the Asia Foundation report provided to The Associated Press ahead of its publication Tuesday also say in some parts of the region there’s hope that a shift from President Barack Obama’s signature foreign policy could be for the good.

Despite the major diplomatic capital invested by Obama in reaching out to Asia in the past eight years, his so-called “pivot” policy has yielded only modest gains in countering the rise of an assertive China. There’s been a slight increase in the U.S. military presence in the region; a political opening in former pariah state Myanmar; and better relations with old enemy Vietnam… Read more here.