Rebuilding of U.S. barracks restarts in Okinawa after 9 month hiatus 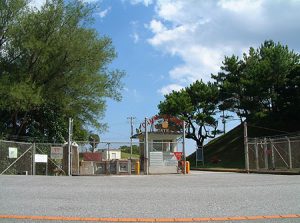 Japan’s central government on Thursday resumed work to rebuild U.S. military barracks in Okinawa, roughly nine months after the project was halted in relation to the relocation of a U.S. military base nearby.

The two barracks are located within the U.S. Marines’ Camp Schwab in Nago, near the site where Air Station Futenma is slated for relocation in the face of opposition from the local government and residents.

While the Okinawa government has given a green light to the rebuilding, deeming the facilities are not a part of the base, others have opposed the move, saying it could facilitate the base relocation from a crowded residential area in Ginowan… Read more here.