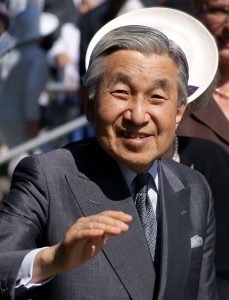 A majority of the 16 experts summoned to a government advisory panel support the idea of enabling 82-year-old Emperor Akihito to abdicate entirely or conditionally, it emerged as the panel held its third and final hearing Wednesday.

The panel’s three meetings with experts, specializing in the imperial institution, history and the law, found that five of the nine pro-abdication experts backed the government’s reported plan to enable only the present emperor to relinquish the throne through one-off legislation.

Wednesday’s meeting involved five experts to examine the matter from a legal perspective, including constitutional scholars and a former Supreme Court justice. The first and second meetings were held earlier this month… Read more here.