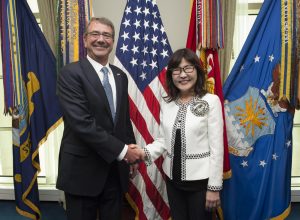 Japan’s defense chief said Wednesday she believes her country’s alliance with the United States will endure in the Trump administration because it benefits both countries.