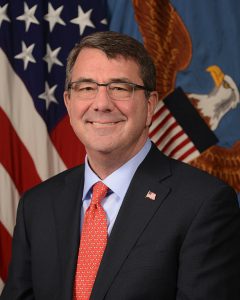 The United States is satisfied with Japan’s contribution to the alliance between the two countries, U.S. Defense Secretary Ash Carter said on Monday, looking to ease concern in the region about the direction President-elect Donald Trump may take.

The Obama administration made Asia and U.S. alliances there a priority. While details of Trump’s approach to the region remain scant, his calls for allies to pay more to sustain U.S. forces or face their possible withdrawal have alarmed Japan and South Korea… Read more here.