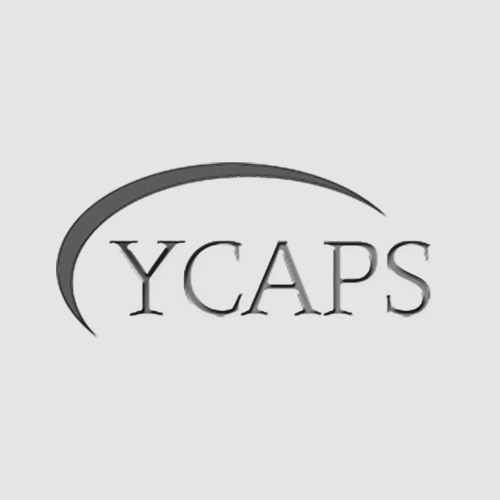 The Yokosuka Council on Asia-Pacific Studies (YCAPS) held its regular November seminar in Yokosuka on November 22, 2019. “Maritime Challenges in the Indo-Pacific: Common Causes for the U.S. and Japan Beyond Traditional Security,” took place at the Werk Yokosuka Kinrofukushi Hall. The event was free and open to all interested in learning about the topic and meeting others with similar interests. This seminar was supported by the U.S. Embassy in Tokyo and in partnership with JUMP and Pacific Forum (PacForum).

Mr. Brad Glosserman led off with an information-packed introduction, providing a general overview of the topics above. Mr. Girrier shared his wealth of knowledge and expertise on the concern of eroding rule of law, the implications to the world order, and what the terms “free and open” actually entail. Following Mr. Girrier, Dr. Salleh provided an outstanding overview of environmental impacts of destructive fishing habits and discussed the actionable steps for concerned parties. Dr. Go discussed threats for maritime security, impacts on commerce, the need for a free and unimpeded trade routes, and the threats associated with the South China Sea. Dr. Onda shed light on growing and serious concerns of the scientific community, providing insight and background to the global importance to the South China Sea and its vital role in the world’s fishing industry. The discussion was followed by a Q&A session.

RADM Robert P. “Bob” Girrier, USN (Ret.) is president of Pacific Forum, a Honolulu-based non-profit, non-partisan private foreign policy research institute providing timely, informative, and innovative analysis of political, security and strategic developments in the Indo-Pacific region.
A naval leader with over thirty years’ maritime experience and extensive operations throughout the Indo-Pacific, Europe and Middle East, his operational assignments culminated as Deputy Commander Pacific Fleet and as the Director of Operations for U.S. Pacific Command. Command assignments included two carrier strike groups, a destroyer squadron, destroyer, global mine warfare operations and a mine countermeasures ship.
In theater, he served as lead maritime representative to the team negotiating Rules of Behavior in the Maritime Domain with the Chinese Navy. He also led the first U.S. on-scene naval support during Operation Tomodachi in the wake of the Japanese earthquake and tsunami and resulting consequence management and disaster response efforts. In Washington, he led the stand-up of the Navy Staff’s firstever office of Unmanned Warfare Systems, making the value case for unmanned & manned systems working in collaboration – and more capably – across increasingly connected environments.
Co-author of three professional naval books on command-at-sea, watch-standing skills and leadership/management, and co-author of 3rd edition of “Fleet Tactics and Naval Operations” (June 2018), he was selected as the U.S. Naval Institute Press Author of the Year for 2017.
He holds an MPA, Kennedy School of Government, Harvard University; an MMA (Marine Affairs), University of Rhode Island; an MA (International Affairs) SIS, American University; and a BS, U.S. Naval Academy.

Dr. Go Itoh obtained his Ph.D. in 1997 from the University of Denver. In addition to serving as a Professor at Meiji University, he is Research Chief of the Japan International Forum. He has previously served as a visiting professor at Australian National University, the University of Western Sydney (Australia), Victoria University (Canada), Peking University (China) and the Central Research Institute (Taiwan) as well as a visiting investigator at Japan’s House of Councillors. He received the Eisenhower Fellowship in 2005 and the Nakasone Yasuhiro Award in 2006. His most famous work is titled Alliance in Anxiety: Detente and the Sino-American-Japanese Triangle (Routledge).

Dr. Deo Florence L. Onda is a current Assistant Professor at the Marine Science Institute in the University of the Philippines – Diliman (UPMSI) and the founding Principal Investigator of the Microbial Oceanography Laboratory. He is also serving as the Deputy Director for Research of the UP MSI. He obtained his Interuniversity PhD in Oceanography in Université Laval in Quebec, Canada, and returned to the Philippines as a Returning PhD Fellow of the UP System and a Returning Scientist Fellow of the Philippines’ Department of Science and Technology. His work is mainly focused on the how microbial assemblages can be used as indicators of the changing environment, for which he received several international awards and fellowships. He has also recently started working on plastics pollution as an emerging transnational boundary problem. As an oceanographer, he has been involved and still has ongoing collaborations with several international research institutions for Polar and tropical research, including the South China Sea. He is also currently involved in conservation efforts for the marine environment particularly in the West Philippine Sea. Recently, he served as the Chief Scientist and Program Leader of the scientific expedition to the Kalayaan Island Group in the Spratlys Islands.

Dr. Asyura Salleh is an independent consultant with a research interest in emerging maritime security threats and regime change. She has worked closely with policy-relevant institutions such as the Asia Pacific Pathways to Progress Foundation, Inc. and the United Nations Office on Drugs and Crime to push research in maritime drug trafficking and illegal, unreported, and unregulated fishing. In her previous positions, Dr. Asyura served as a Consultant overseeing regional engagement and maritime security research in the Indo Pacific for the non-governmental organisation One Earth Future Foundation and as an Associate Research Fellow at the International Institute of Strategic Studies-Asia.  Her policy experience was gained as a political analyst for the Prime Minister’s Office in Brunei Darussalam. In addition to her  MA in War Studies from King’s College London and BA from the University of Reading, UK, Dr. Asyura earned her doctorate degree in International Relations from the S. Rajaratnam School of International Studies in Singapore.”