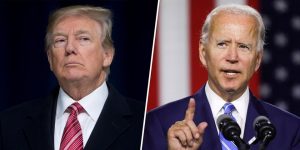 On October 15, the Yokosuka Council on Asia-Pacific Studies (YCAPS) hosted its eleventh YCAPS-JUMP webinar at 9 AM JST (8 PM EST on Wednesday October 14). The 2020 U.S. Presidential election was being watched with keen interests in the capitals around the world. Key questions for election observers revolved around the trajectory of U.S. foreign and domestic policy going forth under either a re-elected President Trump or President-elect Biden and what that meant for allies and partners of the United States.

Over a hundred participants joined the event with Professor Rebecca Strating of La Trobe University, Professor Toshihiro Nakayama of Keio University, Mr. Nicholas Fang Singapore Institute of International Affairs, and Professor J.J. Suh of International Christian University. These experts shared their views and engaged in lively discussion driven by participants’ questions. The active audience kept the moderator, YCAPS Director for Policy Studies Dr. Stephen Nagy, engaged throughout the nearly two-hour session. The panel generally agreed that domestic political divisions within the United States have eroded its regional leadership but expressed hope in Americans who have historically demonstrated ability to renew and rejuvenate. The speakers felt that no matter who was elected, the domestic situation in the post-election period would include social polarization and a serious degree of real economic damage associated with COVID-19. These will limit the U.S. ability to invest resources in the Indo-Pacific for the time-being.

Dr. Rebecca (Bec) Strating is the Executive Director of La Trobe Asia and a Senior Lecturer in Politics and International Relations in the Department of Politics, Media and Philosophy at La Trobe University. Her current research interests include maritime disputes in Asia and Australian foreign and defense policy. In 2019, she was awarded an Asian Studies Visiting Fellowship at the East-West Center in Washington DC, and was a visiting affiliate fellow at the Institute of Southeast Asian Studies. She is also a non-resident fellow at the Perth USAsia Centre. Bec received her PhD in politics from Monash University in 2013, and in her academic career has published three monographs and numerous scholarly articles and book chapters. Her latest monograph ‘Defending the Maritime Rules-based Order: Regional States and the South China Sea Disputes’ was published by the East West Center in 2020. In 2018, her article on the Timor Sea maritime dispute was awarded the prestigious Boyer Prize for best article published in the Australian Journal of International Affairs in 2017.

Professor Toshihiro Nakayama is a Professor of American Politics and Foreign Policy at the Faculty of Policy Management at Keio University. He is also a Senior Adjunct Fellow at the Japan Institute of International Affairs (JIIA). He was a Special Correspondent for the Washington Post at the Far Eastern Bureau (1993-94), Special Assistant at the Permanent Mission of Japan to the United Nations in New York (1996-98), Senior Research Fellow at The Japan Institute of International Affairs (2004-06), Associate Professor at Tsuda College (2006-10), and Professor at Aoyama Gakuin University (2010-14). He was also a CNAPS Visiting Fellow at the Brookings Institution (2005-06), Sir Howard Kippenberger Chair Visiting Professor at the Center for Strategic Studies, Victoria University in Wellington (2017) and a Japan Scholar at the Woodrow Wilson Center (2018-2019). He received his M.A.(1993) and Ph.D.(2001) from Aoyama Gakuin University. He has written two books and numerous articles on American politics, foreign policy and international relations. Recipient of Nakasone Yasuhiro Award (Incentive Award) in 2014.

Nicholas Fang graduated from Oxford University with a Masters in Politics, Philosophy and Economics. He joined Singapore’s oldest think tank, the Singapore Institute of International Affairs, in 2010. He is currently Director, Security and Global Affairs, at the institute, which was ranked top local think tank, and among the best in Asia and the Pacific over the past seven years. Nicholas started his working life as a journalist, and spent nine years at Singapore’s national daily newspaper, rising to the post of Senior Correspondent. He then spent two years as business desk editor at national broadcaster Mediacorp’s regional news channel – Channel NewsAsia. He was most recently deputy chief editor of Singapore news at Mediacorp. Nicholas was appointed Nominated Member of the Singapore Parliament in February 2012, and served a two-and-a-half-year term where he focused on issues pertaining to international affairs, media, defense and security, and sports. Nicholas currently chairs the MINDEF expert panel for strategic communications.

Professor J.J. Suh is currently Professor at International Christian University (Tokyo, Japan). He has served as Associate Professor and Director of Korea Studies at SAIS, Johns Hopkins University and Assistant Professor in Department of Government at Cornell University as well as on the Presidential Commission on Policy Planning (Republic of Korea). An expert on the U.S.-Korea relations, U.S. policy toward Asia, international relations of East Asia, international security, and IR theory, he is currently working on regional orders in East Asia, human security, and North Korea. He has authored and edited numerous journal articles and books, including Power, Interest and Identity in Military Alliances (2007); Rethinking Security in East Asia: Identity, Power and Efficiency (2004); Truth and Reconciliation in the Republic of Korea: Between the Present and Future of the Korean Wars (2012); Origins of North Korea’s Juche: Colonialism, War, and Development (2012);“The Imbalance of Power, the Balance of Asymmetric Terror: Mutual Assured Destruction (MAD) in Korea,” “Changes in U.S. Military Strategy and the U.S.-Korea Alliance,” “The Two-Wars Doctrine and the Regional Arms Race: Contradictions in U.S. Post-Cold War Security Policy in Northeast Asia,” and “War-Like History or Diplomatic History? Historical Contentions and Regional Order in East Asia

Dr. Stephen Nagy is a senior associate professor at the International Christian University in Tokyo; a distinguished fellow with Canada’s Asia Pacific Foundation; a fellow at the Canadian Global Affairs Institute (CGAI); and a visiting fellow with the Japan Institute for International Affairs (JIIA). Previously, he was an Assistant Professor at the Department of Japanese Studies at the Chinese University of Hong Kong from December 2009 to January 2014. He obtained his PhD from Waseda University, Japan in International Relations in December 2008. He also serves as the Director for Policy Research, for the Yokosuka Council for Asia-Pacific Studies (YCAPS)

Thank you for everyone who attended! Please stay tuned to Twitter and Facebook for details on future events.