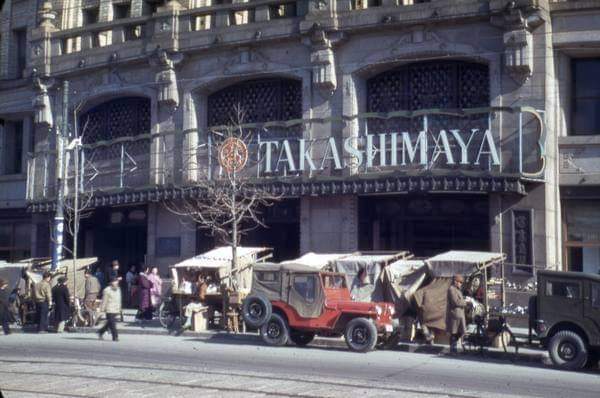 On September 23rd, the Yokosuka Council on Asia-Pacific Studies (YCAPS) hosted its eighth YCAPS-JUMP webinar at 9 AM JST (8 PM EST). This was part of a continuing series on the importance of base communities in U.S.-Japan relations. The featured guest was Dr. Annika Culver, an Associate Professor of History at Florida State University.

Dr. Culver shared insights into the life of Americans in Japan during the post-World War II occupation. She drew heavily on the experiences of the family members of Oliver Austin and the family photos that she archived. Mr. Austin was an ornithologist working for the Occupation authorities and closely engaged Japanese birding enthusiasts from the Japanese aristocracy. Mrs. Elizabeth Austin was active in the community and co-authored the iconic book The American Way of Housekeeping, a guide for Japanese housekeepers that reveals insights into the social structures and daily routines in place during the Occupation. Dr. Culver fielded questions from the 63 YCAPS members in attendance on topics such as the role of Occupation experience in reshaping the empowerment of Japanese women, language roles in the period, the architecture of family housing, and the transformation of Japan between the end of the Occupation and the 1964 Olympics.

Dr. Annika A. Culver is an Associate Professor of East Asian History at Florida State University, where she specializes in Japan and Northeast Asia-related topics. She received her doctorate from the University of Chicago, and also holds an MA in Regional Studies East Asia (RSEA) from Harvard University and a history degree from Vassar College.

Thank you to everyone who participated! Please stay tuned to our Twitter and Facebook for details on future events.