Under Pressure: Democratic Taiwan and the PRC’s Coercion Campaign?​

Under Pressure: Democratic Taiwan and the PRC’s Coercion Campaign?​ 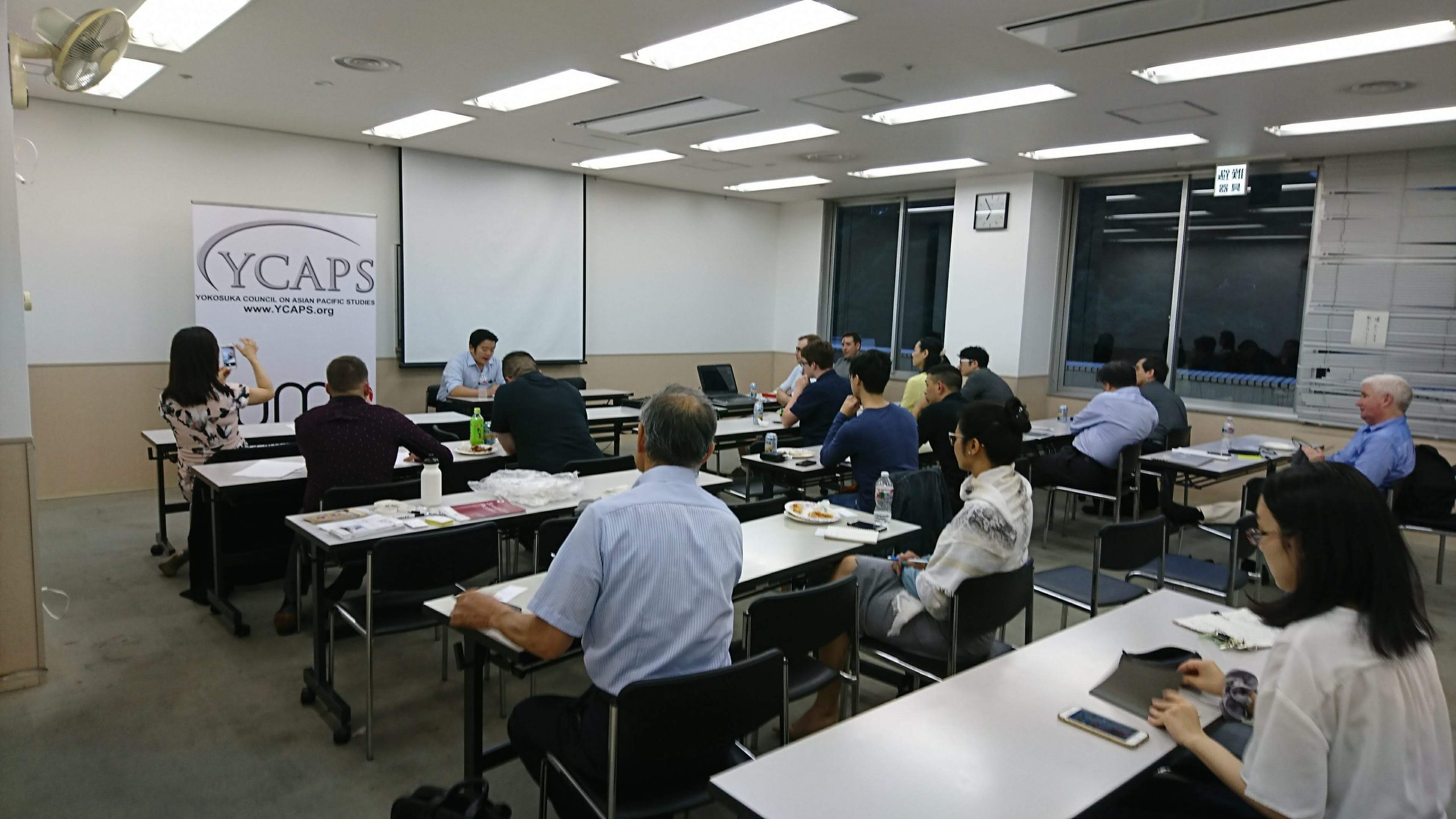 On July 17, 2019, YCAPS-JUMP hosted a seminar by Russel Hsiao, J.D. He provided an overview of specific tactics employed by China in coercing and pressuring Taiwan into agreeing to its political interests. This was a great opportunity for YCAPS to seek out professionals and scholars who can bring Southeast Asian issues so close to home for members who cannot travel easily.

Attendees enjoyed a catered networking social before the seminar, where they had the opportunity to meet many natives of Taiwan and learn how Japan and the United States can work together with the island nation in political and technological fields.

Mr. Hsiao then led an informative discussion about the nature and extent of China’s efforts to assert power over Taiwan in what he described as a “pressure wave” of influence exerted through political, economic, diplomatic, technological, and military means. The focus of the presentation to an engaged audience of 20 YCAPS members provided detailed evidence of these activities. Attendees included many Taiwan natives and individuals who are well-traveled to the area, members of the Japanese military and business communities, active duty U.S.  military personnel, foreign policy graduate students, technologists, and a high school student interested in strategy. During a Q&A, audience members raised questions about the durability of relations with the United States and potential future collaborations, especially in the cybersecurity arena where Taiwanese technologists have enjoyed some successes.

Russell Hsiao is the Executive Director of the Global Taiwan Institute, Penn Kemble Fellow at the National Endowment for Democracy, and Adjunct Fellow at the Honolulu-based Pacific Forum. He is currently a Visiting Scholar at the University of Tokyo’s Institute for Advanced Studies on Asia. He previously served as a Senior Research Fellow at the Project 2049 Institute and National Security Fellow at the Foundation for Defense of Democracies. Prior to those positions he was the Editor of China Brief at The Jamestown Foundation from October 2007­ to July 2011 and a Special Associate in the International Cooperation Department at the Taiwan Foundation for Democracy. While in law school, he clerked within the Office of the Chairman at the Federal Communications Commission and the Interagency Trade Enforcement Center at the Office of the U.S. Trade Representative. Mr. Hsiao received his J.D. and certificate from the Law and Technology Institute at the Catholic University of America’s Columbus School of Law where he served as the Editor-in-Chief of the Catholic University Journal of Law and Technology.