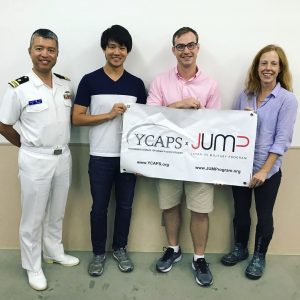 China’s growing assertiveness in the South China Sea has raised concerns among countries in the region including Japan, Australia, and India. The re-naming of the former U.S. Pacific Command to the U.S. Indo-Pacific Command underscores a shift in emphasis with policy implications that have yet to be articulated. What is clear is that the involvement of more players in this region will highlight prospects and limitations to cooperation in the realm of maritime security.

In this seminar, Dean Yoichiro Sato described the Indo-Pacific maritime space as the domain of increasing security competition and cooperation, exploring these recent policy changes and the potential future implications for defense strategy.

This event was part of the Yokosuka Council on Asia-Pacific Studies-JUMP seminar series. 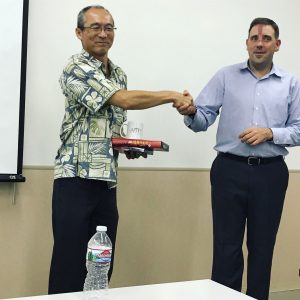 Dean Yoichiro Sato is Professor in the College of Asia Pacific Studies and the Dean of International Cooperation and Research at APU. Previously, he taught at the U.S. Department of Defense’s Asia-Pacific Center for Security Studies, Auckland University in New Zealand, the Colorado School of Mines, Kansai Gaidai Hawaii College, and the University of Hawaii. He has published ten academic books, the most recent being Re-rising Japan: Its Strategic Power in International Relations (co-edited with Hidekazu Sakai, Peter Lang, 2017). Other include The Rise of China and International Security (co-edited with Kevin Cooney, Routledge, 2008), The U.S.-Japan Security Alliance (co-edited with Takashi Inoguchi and G. John Ikenberry, Palgrave, 2011), U.S. Engagement in the Asia Pacific (co-edited with See Seng Tang, Cambria, 2015). He has appeared in various international media, including Time, Newsweek, USA Today, National Public Radio, Voice of America, Agence France-Presse, Al Jazeera, Radio Australia, Bloomberg, MSNBC, and TVNZ. Dean Sato holds a B.A. in Law from Keio University, an M.A. in International Studies from the University of South Carolina, and a PhD in Political Science from the University of Hawaii.