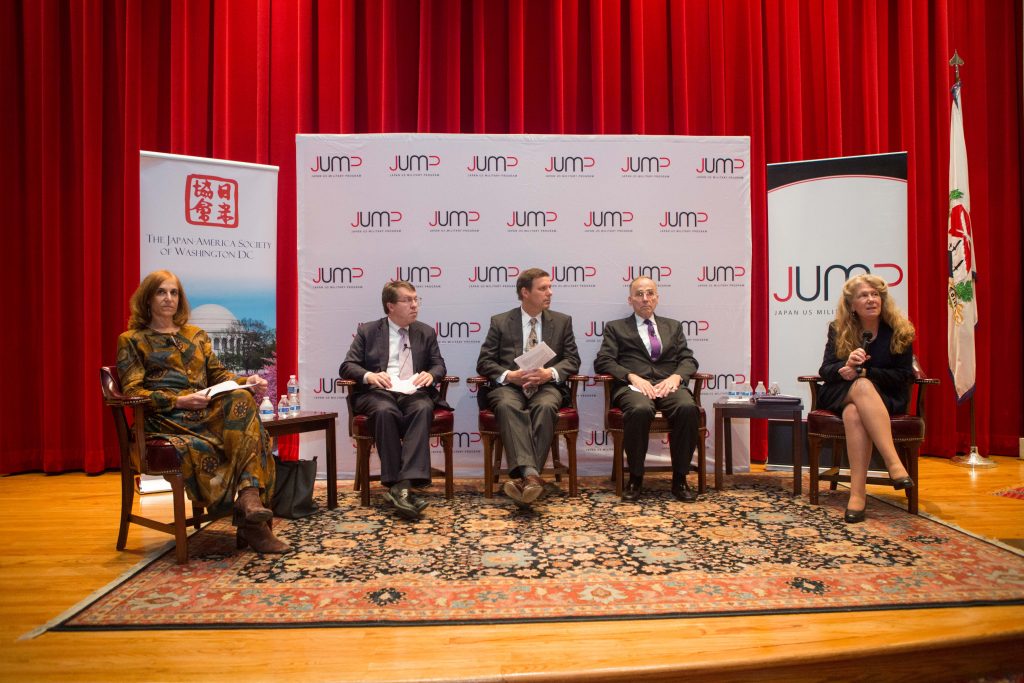 “Potential Flashpoints for the Northeast Asia Region: Japan, China, the Korean Peninsula and U.S. Perspectives,” was a panel discussion exploring the different actors in region. We heard from distinguished experts on Japan, Korea, China, and the United States, and discussed the potential for conflicts between these nations and others in the region. The audience also had the opportunity to weigh in with a Q&A after the panel.

A buffet dinner reception followed. Click here to view a gallery of photos from the event.

The 2015 event also was a rousing success with a stimulating discussion on topics including China’s demographics problem and amended one-child policy, the U.S.-Japan alliance’s importance to security in East Asia, freedom of the seas in East Asian waters, Japan’s constitutional reinterpretation that allows for collective self-defense, and the status of Japan’s Coast Guard capabilities.

This event was free and open exclusively to JUMP members. Becoming a member is simple! Simply sign up for our mailing list to secure your invitation to more events like this we plan in the future!