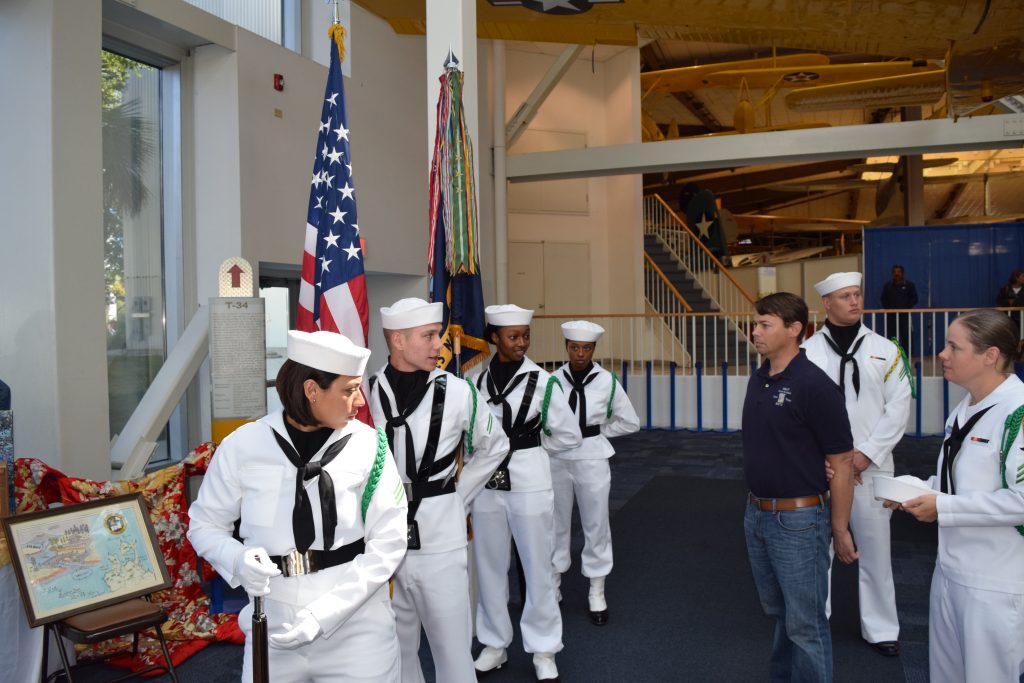 In coordination with the Japan-America Society of Northwest Florida and the Consulate General of Japan in Miami, the Japan-US Military Program (JUMP) held its second annual event at the National Naval Aviation Museum in Pensacola, Florida (map) on October 22, 2016.

The event began at 1 p.m. with a Japanese taiko drum performance in the Blue Angels Atrium. A reception followed on the flight deck of the USS Cabot until 4 p.m. Captain Mark A. Truluck, USN, the commanding officer of Naval Aviation Schools Command, delivered opening remarks, and keynote speakers included the Honorable Ken Okaniwa, Japan’s consul general in Miami, and Admiral Patrick Walsh, USN (retired), the President of Strategic Programs at Academic Partnerships LLC and Senior Fellow and Acting Director of the Tower Center Program in National Security & Defense at Southern Methodist University.

This goal of the event was to continue connecting those who have served in Japan and provide updates on the solid U.S.-Japan alliance. It built on a similar JUMP event held last year.

Click here to view the photo gallery from this excellent event!