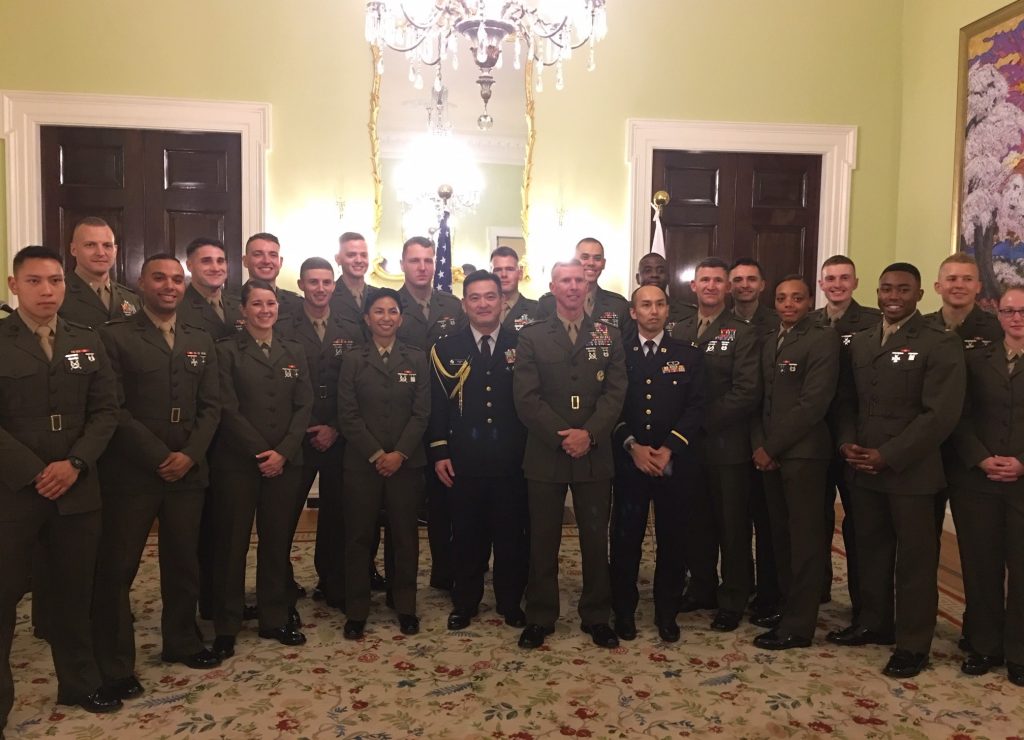 Twenty-one U.S. Marines from The Basic School will be stationed in Japan starting next year.

On November 7th, JUMP hosted an informational booth at a send-off event organized by the Embassy of Japan for graduating students from the Marine Corps Basic School. The event was hosted by Major General Yoshiki Adachi, the Defense Attache at the Embassy of Japan in cooperation with Lieutenant General Eric M. Smith of the United States Marine Corps.

The event took place in the beautifully restored Old Residence and featured speeches from the organizers, a wonderful sushi dinner, and the opportunity for these graduates to network with mid-level and senior officers.

Twenty-one U.S. Marine Corps Officers attended the event and got the opportunity to speak with other service members who had experience in Okinawa and Iwakuni. Many of the Marines expressed an admiration for Japanese food or culture. Several of them were the children of service members who had served there. Many of the Basic School graduates will ship out sometime in early 2020. Give them all a warm welcome if you see them!

Our participation gave JUMP staff the opportunity to meet these Marines as well as around thirty midshipmen from the U.S. Naval Academy. We were able to answer their questions about living in Japan, and introduce them to the JUMP communications network. As future JUMP members, it was great to hear their thoughts on moving overseas and their motivation for choosing Japan.

JUMP connects past and present service members, families, and government civilians who have served in Japan. If any of the attendees did not have the chance to sign up during the event, join the JUMP network by signing up for the JUMP Newsletter. 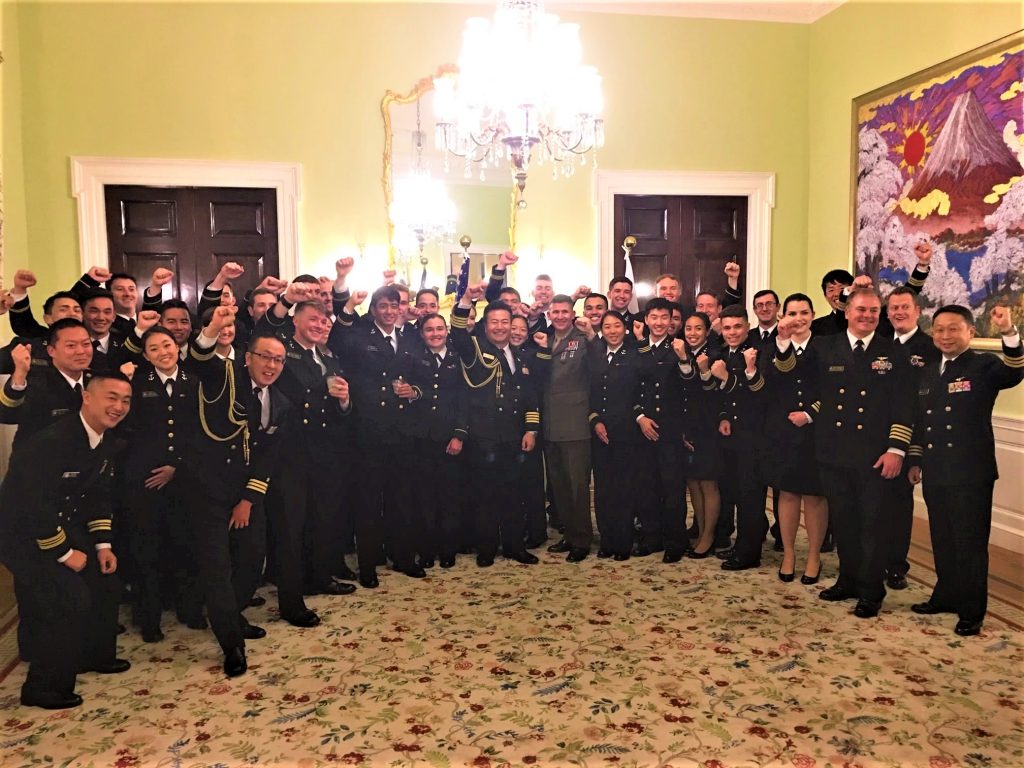 Nearly 30 U.S. Naval Academy Midshipmen attended the reception and expressed interest in being stationed in Japan.