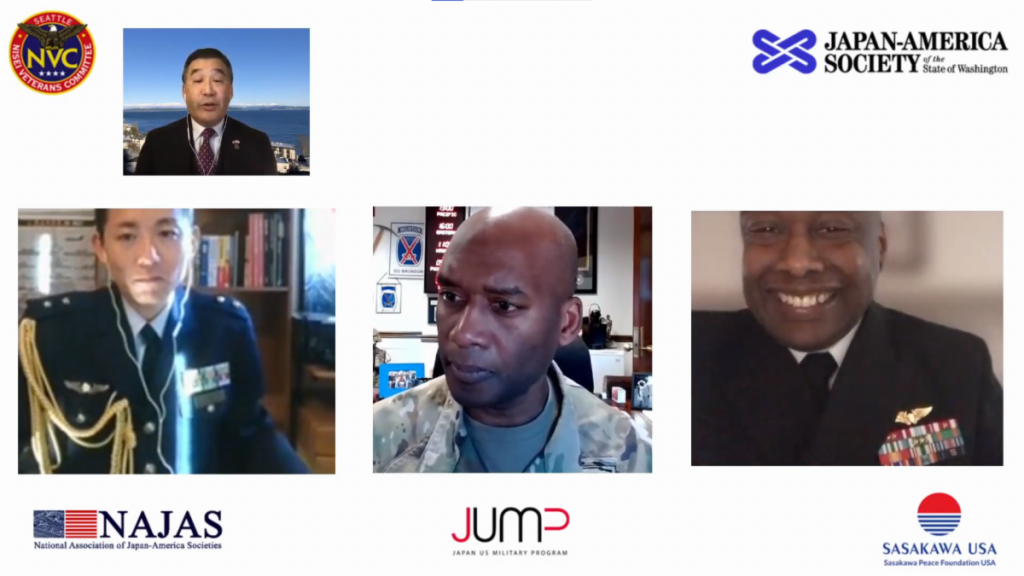 On January 23, 2021, the Japan-U.S. Military Program (JUMP) hosted a special online event to celebrate our service members and the Japan-U.S. relationship with our partners in Seattle. This was a free online event for members of U.S. Army, National Guard, Navy, Marine Corps, Air Force, and Coast Guard, as well as their dependents and U.S. government civilians who have served in Japan at any time in their career. Spouses and interested civilians were also invited to join.

This event, titled Beyond Reconciliation: Celebrate Japan-US Alliance and Honor Nisei Veterans, was streamed live online. The speakers focused on both honoring the service and legacy of Nisei veterans (Americans of Japanese descent that served in the military) and celebrating the U.S.-Japan alliance.

Other highlights included performances by JGSDF Bugle Corps and the Pacific Northwest Navy Band, as well as the lively Q&A session. JUMP extends its gratitude to all speakers and attendees for making time for this special event.

–Director of JUMP, Chairman of the Board, and President of Sasakawa Peace Foundation USA – Dr. Satohiro Akimoto