On Saturday, January 29, JUMP hosted the virtual event, “Beyond Reconciliation: Celebrate Japan-U.S. Alliance and Honor Nisei Veterans of the Military Intelligence Service,” in Seattle, Washington in partnership with the Japan-America Society of the State of Washington, the Nisei Veterans Committee (NVC), the National Association of Japan-America Societies, and the Embassy of Japan. This event featured keynote remarks from LTG Xavier Brunson (USA), RDML Brad Collins (USN), and COL Yusuke Kawachi (JGSDF) on the legacy of Nisei linguists and their important contribution to strengthening the U.S.-Japan alliance.

The award-winning film “Honor and Sacrifice: The Roy Matsumoto Story” was featured during the event as well. As a Nisei soldier during WWII, Roy Matsumoto was a member for Merrill’s Marauder’s in Burma and served as a member of the MIS in China toward the end of the war. He is an honored NVC member.

JUMP continues to serve as a national program to connect past and present service members, families, and government civilians who have served in Japan through social networks and grassroots events. JUMP is the only national program to do so, providing a powerful foundation for sustaining the alliance between the United States and Japan. 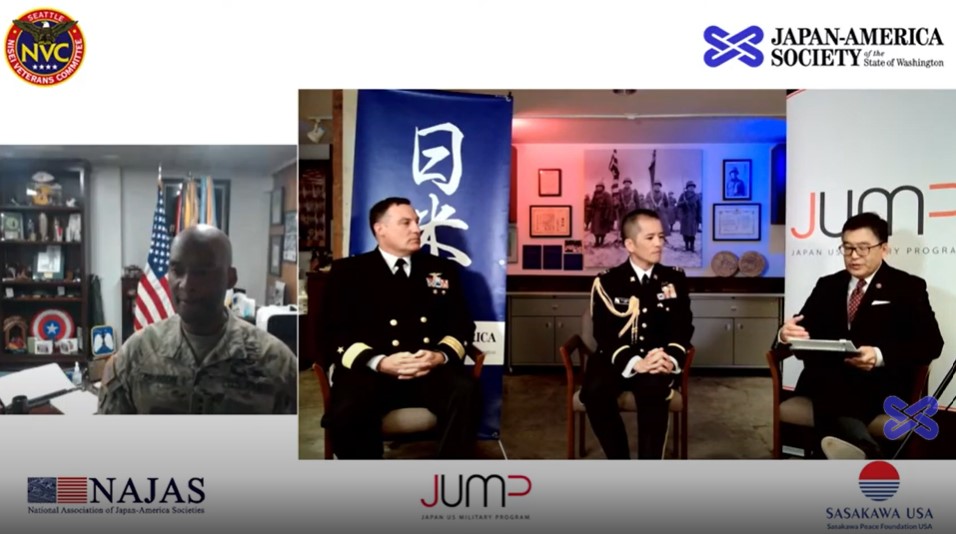 Guest Speakers (In order of appearance)