Location: This is an online event through a platform called Streamyard. 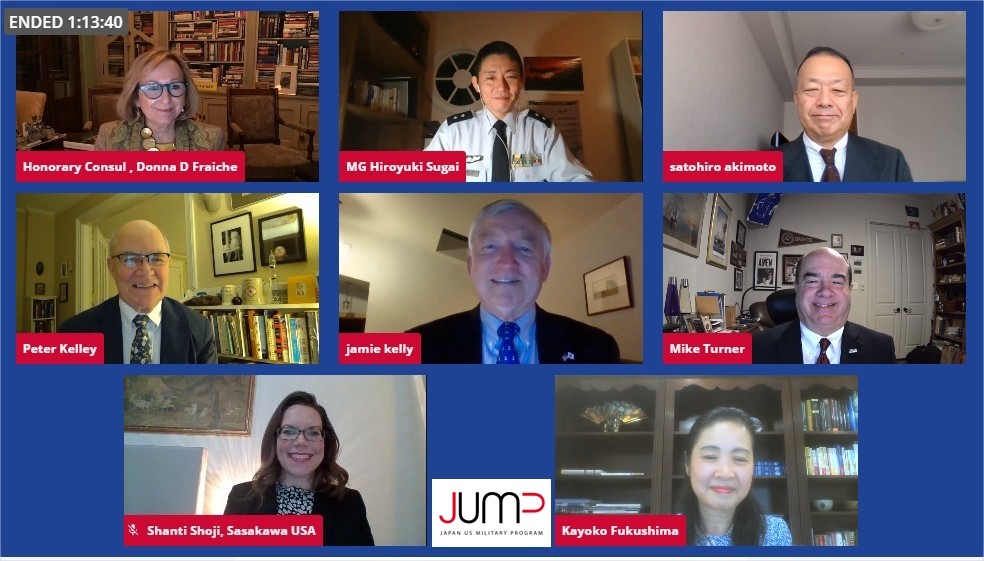 On Thursday, December 17, JUMP hosted an online policy briefing with our partners in New Orleans. Over 50 of our JUMP members joined in to hear leading experts on U.S.-Japan relations discuss the state of the alliance and how U.S.-Japan security relations will grow in the near future.

This webinar was free and held online for JUMP community members. Our honorable speakers reflected on their experiences working in U.S.-Japan relations to showcase the strength of the relationship and its importance to security in the Indo-Pacific.

This event was held in cooperation with the Japan Society of New Orleans, the National Association of Japan-America Societies, the Embassy of Japan in the United States, and Sasakawa USA.