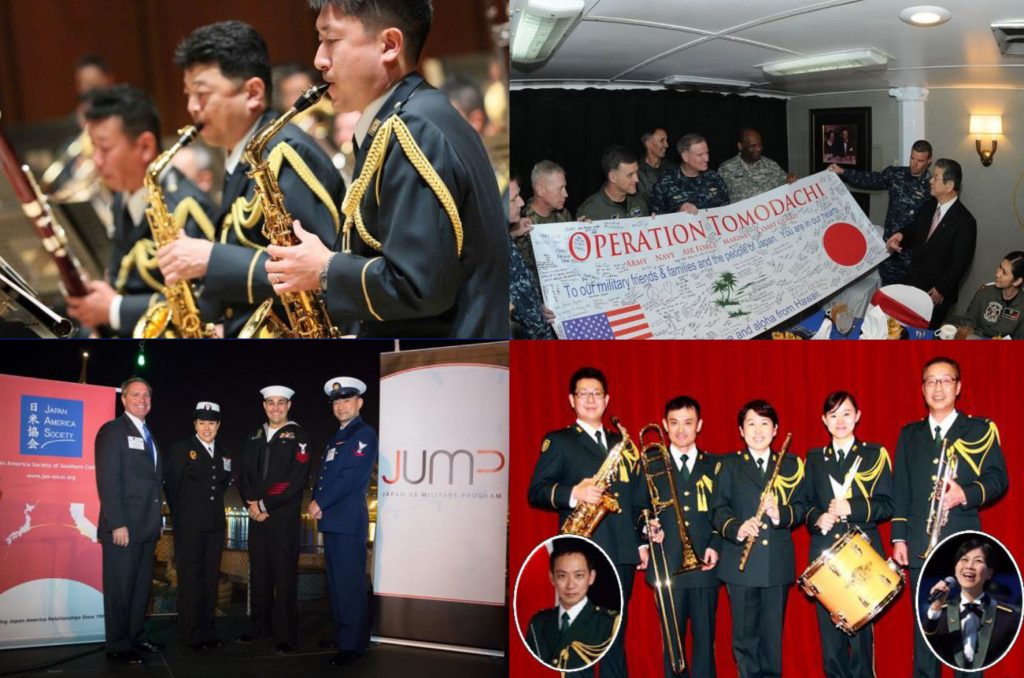 The Defense Attaché office at the Embassy of Japan is pleased to present a Japan & U.S. military Band Joint Appreciation Mini Concert for Operation TOMODACHI in commemoration of the Fifth Anniversary of the 3.11 Great East Japan Earthquake, and the First Anniversary of the Japan U.S. Military Program (JUMP).

Seven musicians from the Japan Ground Self Defense Force Central Band and six musicians from the 257th Army Band, Washington, D.C. Army National Guard performed together in appreciation of all those who supported the TOMODACHI operation during the earthquake and tsunami disaster 5 years ago. This event also symbolized the close relationship between Japan and the U.S. both in the past and looking toward the future.

When: Thursday, March 3, 2016, from 4 to 5 p.m.
Where: The Japan Information and Culture Center (JICC), located at 1150 18th St. NW, Washington, DC 20036 (map)
RSVP: Please RSVP to LTC Tomohiro Okubo with your full name (required) and title (if applicable). If you would like to invite a guest, please also include their full name and title. Please be aware that due to a very limited number of spots available, we will stop accepting RSVPs once they have been filled.