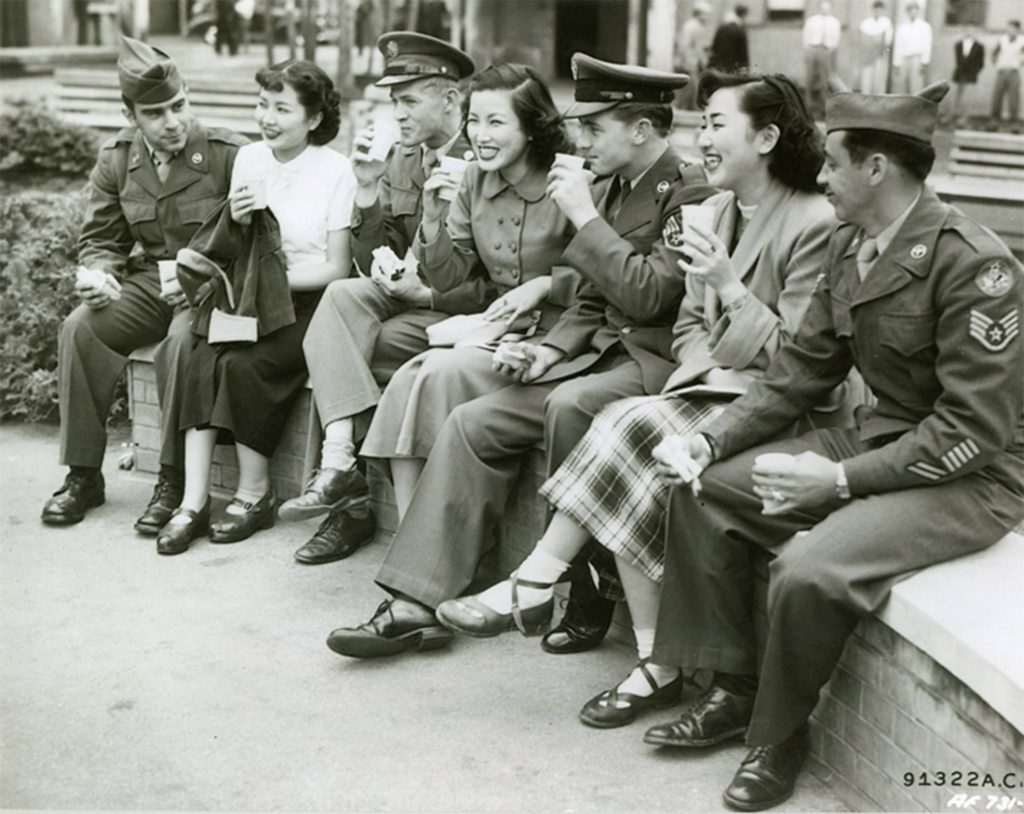 Fall Seven Times, Get Up Eight: The Japanese War Brides, documents the stories of the more than 40,000 Japanese women who married American service members during the post-World War II occupation. Finding themselves culturally isolated in the United States, many struggled to adapt and many overcame these obstacles before them to create significant achievements.

Lucy Craft, director of this award-winning documentary film, joined YCAPS for a special screening of this remarkable project at the Benny Decker Theater on U.S. Navy base in Yokosuka, Japan. Ms. Craft provided brief remarks about the journey related to the making of the film, then the film was shown, and then Ms. Craft led a question-and-answer format discussion. Notably this was the first time the film had ever been shown on a U.S. military installation.

The screening was preceded by a light reception from 6pm-7pm also at the Benny Decker Theater.

Learn more about the film at the official website here or in a Washington Post article here.

JUMP is excited to have supported this event hosted by The Yokosuka Council on Asia-Pacific Studies (YCAPS).