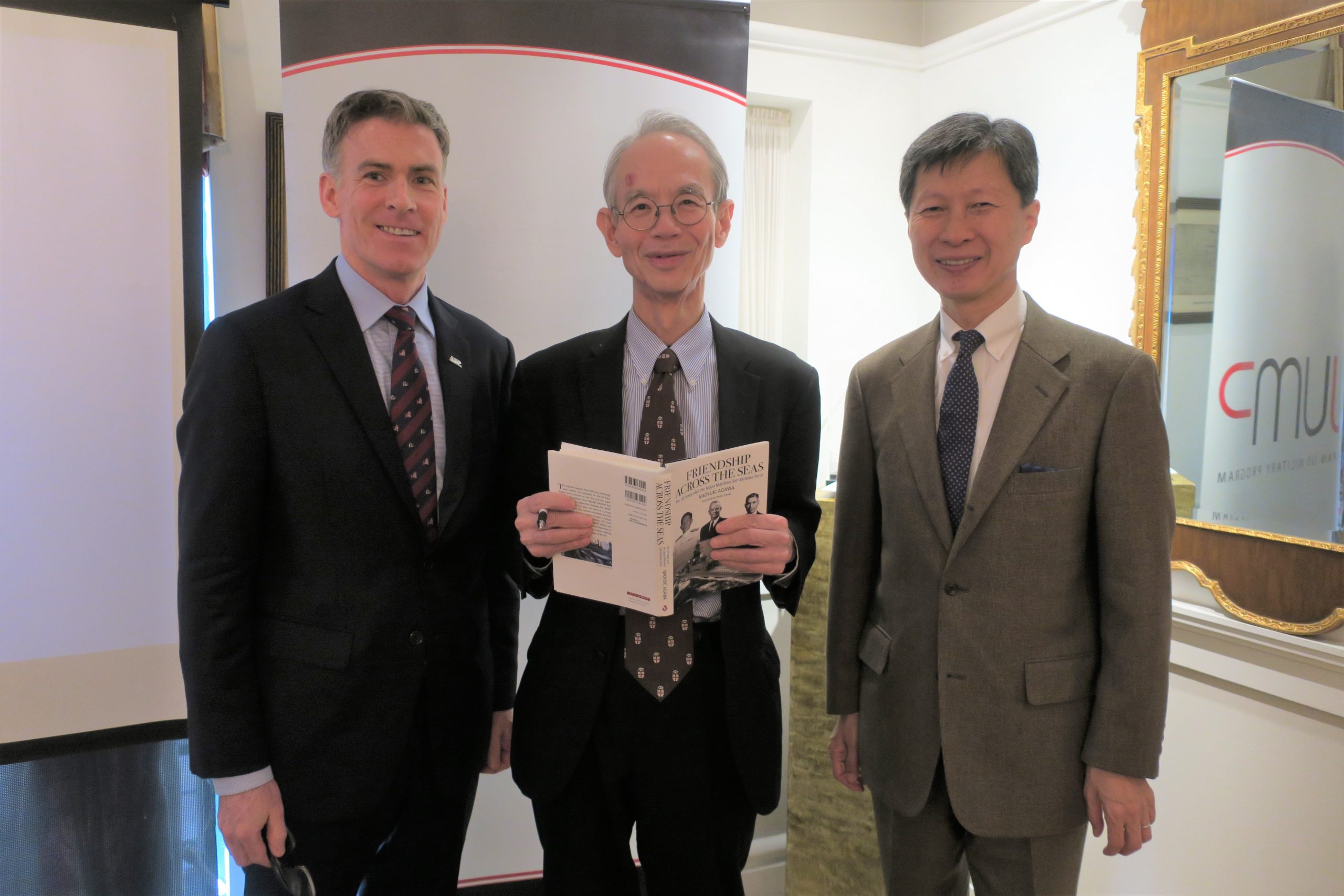 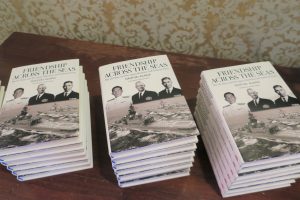 JUMP hosted a discussion and book rollout with Prof. Naoyuki Agawa and Adm. Tomohisa Takei on March 15. This event for JUMP members was held at the Army and Navy Club on Farragut Square in Washington, D.C.

Prof. Agawa discussed his book, Friendship across the Seas: The US Navy and the Japan Maritime Self-Defense Force. The book describes the development of the Japan Maritime Self Defense Force in the post-World War II era, with particular emphasis on the positive nature of its relationship with the U.S. Navy. Previously released in Japan, Prof. Agawa’s book was well-received by the Japanese public and by Japan’s leaders across the political spectrum. The first English-language version of the book, however, has just been released. Registrants received a copy of the book.

Adm. Takei joined Prof. Agawa to discuss the JMSDF-USN relationship and answered questions from the audience.

Coffee, tea, and a light breakfast was served.

Prof. Naoyuki Agawa: Prof. Agawa currently teaches American constitutional law and history as Distinguished Visiting Professor of Law at Doshisha University in Kyoto. He was previously at Keio University where he was Professor of the Faculty of Policy Management and Vice President, International, of Keio. He also served as Minister for Public Affairs in charge of public diplomacy and press relations at the Embassy of Japan in Washington, D.C. from 2002-2005.

Adm. Tomohisa Takei: Former Chief of Staff of the JMSDF, Adm. Takei currently serves on the faculty of the U.S. Naval

Registration: Registration is required. JUMP members received this invitation and RSVP link via email. If you are not yet a JUMP member, please join by clicking here.