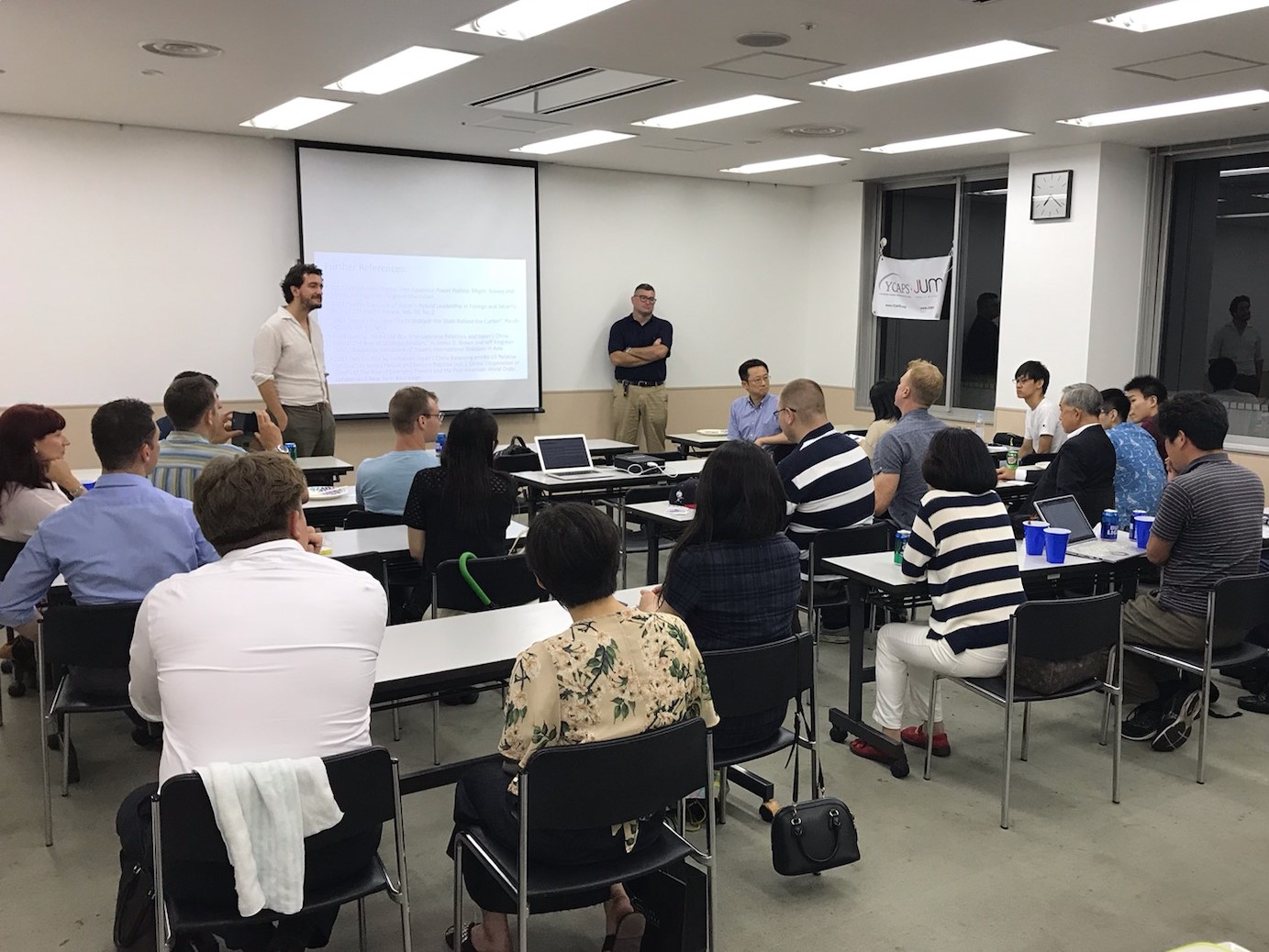 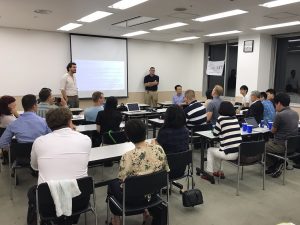 Japanese Prime Minister Shinzō Abe’s foreign policy strategy has been shaped by international factors such as China’s rising power and by a domestic political atmosphere saturated by the media. Dr. Giulio Pugliese advanced this argument in a presentation that conceived of a new way of evaluating foreign policy, demonstrating how sources of policy development at the international and domestic level can be combined successfully.

Dr. Pugliese discussed how international relations in general, and specifically in the case of Japan and the Abe administration, serves to address both foreign policy and domestic politics. Using a neoclassical realist paradigm, Dr. Pugliese described how Prime Minter Abe and members of his cabinet juggled competing domestic concerns (i.e. “bread and butter issues” such as economic growth) while at the same time navigating relations with strategic competitors and allies. As one example, Dr. Pugliese examined the role played by Tomohiko Taniguchi, another former YCAPS guest speaker, in framing and communicating Abe’s foreign policy. Dr. Pugliese posited that economic security and domestic support allowed Abe room to maneuver in the international relations realm.

The presentation was followed by lively question and answer session in both English and in Japanese.

This event was part of the Yokosuka Council on Asia-Pacific Studies-JUMP seminar series.

• Dr. Giulio Pugliese Dr. Giulio Pugliese specializes in the politics, both domestic and international, of the Asia-Pacific with his focus being on Japan, China, and the United States. He earned a Laurea (B.A.) in Political Science and East Asian Studies at the University of Naples, “L’Orientale” (cum laude), an M.A. in International Economics and International Relations (concentrating on East Asian Studies) at the Paul H. Nitze School of Advanced International Studies, Johns Hopkins University and Ph.D. work at the University of Cambridge. He conducted extensive fieldwork in Tokyo, while based at the National Graduate Research Institute for Policy Studies (GRIPS) under the mentorship of Prof. Kitaoka Shinichi. Prior to his appointment at King’s College London he worked as an Assistant Professor (Wissenschaftlicher Mitarbeiter) at Heidelberg University’s Institute of Chinese Studies.

Dr. Pugliese also worked in Japan for about four years – as an intern at Kyodo News, as a “foreign civil servant” in Azuchi and Ōmihachiman City Hall, and at the Mitsubishi Research Institute writing on arms export regulations for a study commissioned by Japan’s Ministry of Economics Trade and Industry (METI). He also worked as a freelance translator from Japanese to English for academic and policy publications.