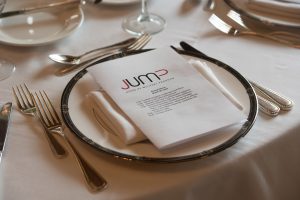 The reception will begin at 5:00 PM and dinner will be served at 6:30 PM in the Main Dining Room. The suggested uniform will be Service “A” for service-members and business attire for civilians and retirees. We’d love for you to join us. RSVP is required. Invitations and RSVP details will be sent soon to JUMP members. 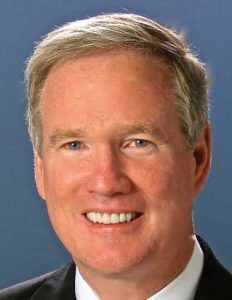 Admiral Patrick Walsh, USN (Ret.) is Vice President at Boeing Global Services, the Boeing Company where he has P/L responsibility for the sustainment portfolio of Navy and Marine Corps aviation programs. Previously, Admiral Walsh served as Vice President for Customer Education at FireEye, Inc. (NASDAQ: FEYE), where he led a newly formed business unit to develop NexGen Education, Training & Readiness solutions. Prior to company acquisition by FireEye Inc, he was Senior Vice President at iSIGHT Partners, a global leader in cyber threat intelligence where he was General Manager for ThreatSPACE, a division of the company that uses intelligence based scenarios to advance enterprise-level readiness for commercial industry and government agencies.

Concurrently, Admiral Walsh is a Senior Fellow in National Security and Defense at the John Goodwin Tower Center for Political Studies at Southern Methodist University and Chairman of the Dallas Committee on Foreign Relations. He is an Outside Director on the Board of Directors of Fujitsu Defense and National Security Corp. Prior to joining the private sector, Admiral Walsh held consecutive assignments as one of the highest-ranking officers in the U.S. Navy from 2007-2012, first as the Vice Chief of Naval Operations and then as Commander, U.S. Pacific Fleet, where he commanded the largest fleet in the world. Admiral Walsh commanded the Joint Support Force, Operation TOMODACHI, in response to the Great Eastern Japan Earthquake, tsunami, and radiological crisis. He received the ‘Grand Cordon – Order of the Rising Sun’ from the government of Japan and was recognized by the Japanese Chamber of Commerce and Industry, with the ‘Eagle on the World Award.’ He received similar recognition and awards from the Japan-America societies in Dallas-Fort Worth and Southern California. The Republic of Korea recognized him with the Tong-il Award, the nation’s highest peacetime military honor. In addition to operational duties that included assignments in combat operations and flying with the Navy Flight Demonstration Squadron – the Blue Angels, command of Strike/Fighter Squadron ONE ZERO FIVE, Carrier Air Wing ONE, Carrier Strike Group SEVEN, and U.S. FIFTH Fleet in the Middle East, Admiral Walsh was a White House Fellow and served in the Office of Management and Budget.

Admiral Walsh graduated from Jesuit College Preparatory School in Dallas, Texas, where he received the Distinguished Graduate and Distinguished Alumnus awards. He is a graduate from the U.S. Naval Academy and earned a Bachelor of Science degree; he received a Master of Arts degree from Chapman University; and a Master of Arts in Law & Diplomacy and a Ph.D. in International Relations from the Fletcher School of Law and Diplomacy, Tufts University. Admiral Walsh received an honorary doctorate from the University of Dallas. He is a member of the Secretary of the Navy Advisory Panel, the Board of Governors of the Center for Creative Leadership, the Board of Trustees of the Institute for Defense Analyses, the Board of Visitors for National Defense University, the Veterans of Foreign Wars Foundation Board, and the Baylor Healthcare Foundation Board, as well as other community organizations

JUMP seeks to bring together those American service members, government employees, and their families who have served in Japan and would like to remain in contact with Japanese culture, language, and people, as well as stay informed about the U.S.-Japan Alliance. The program is a collaboration between Sasakawa USA, the National Association of Japan America Societies (NAJAS), and the Embassy of Japan in Washington, D.C.