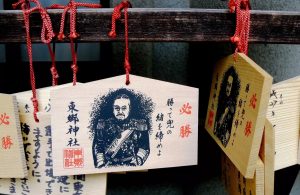 Members of JUMP and the Yokuska Council on Asia-Pacific Studies (YCAPS) toured the Toga Shrine in Tokyo for a recent event co-sponsored by JUMP. The … 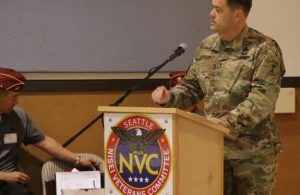 Members of Task Force Bayonet and Japanese Ground Self-Defense Forces gathered together for the Fifth annual JUMP Nisei Luncheon Sunday in Seattle to celebrate the Japan-U.S. alliance and to honor Nisei veterans. 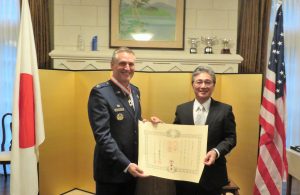 United States Air Force Colonel (ret.) Douglas Charles DeLaMater received a prestigious decoration, the Order of the Rising Sun, Gold Rays with Neck Ribbon, from the Government of Japan in recognition of his outstanding contributions to Japan-U.S. relations. The decoration was conferred by His Majesty the Emperor of Japan on April 29, 2017. 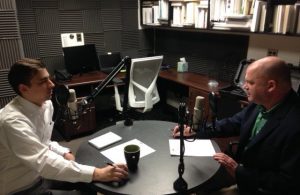 What’s a War Game Without a War? JUMP Executive Director interviewed in Asia on Air podcast

Sasakawa USA recently released the fifth episode of Asia on Air, its new podcast committed to delivering the latest analysis of U.S.-Asia relations. The fifth episode, entitled “What’s a War Game Without a War?” includes an interview with JUMP Executive Director, James Kendall, who explains what a tabletop exercise (or “TTX”) is, and goes on to describe the exercise conducted by Sasakawa USA involving crisis scenarios that could potentially occur in the East China Sea.